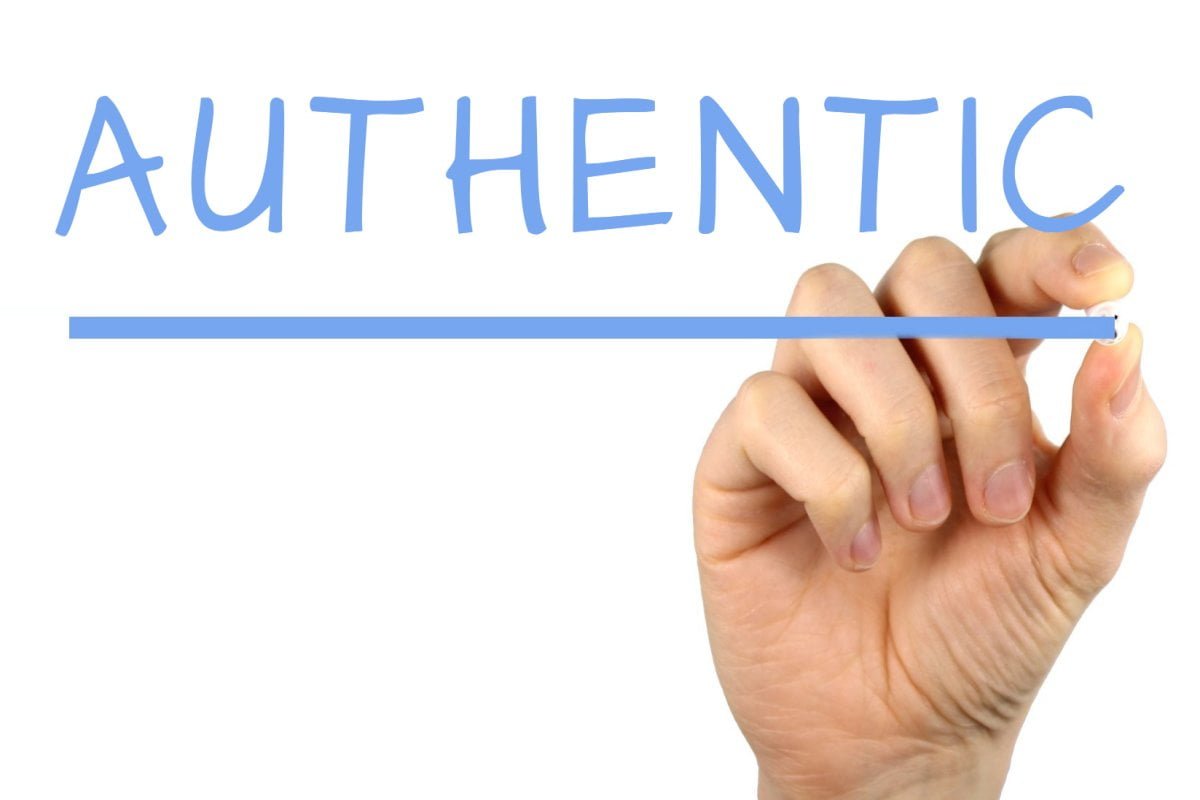 Authenticity has been explored throughout history, from Greek philosophers to the work of Shakespeare (“To thy own self be true.” –Polonius, Hamlet), and Human beings seem to have a  remarkable capacity for creativity when it comes to making excuses for why things didn’t, or aren’t, turning out quite right.

From genetic predispositions and chemical imbalances to structural inequities and bad luck, a wide swath of humanity is convinced they are not to blame when their state of mind or life is undesirable.

Postmodernism is a term assigned to an intellectual movement that has increasingly dominated academic, cultural, and political circles since essentially posits that nothing really exists except that which is constructed through language, or that which is decreed by postmodern potentates to be true.

Principles of postmodernism promote a convenient credo of moral relativism, thus affording human beings with pretended power to redefine moral principles to suit their own capricious conceptions of right and wrong. However, well intentioned its acolytes may be, elevate human beings with the power to determine what is and what isn’t real on the contradictory premise that nothing really is at all, except that which is constructed by language and the pompous proclamations is largely fraught with selfishness, hedonism, confusion, nihilism, and hopelessness.

If you lead and build relationship this way, you will easily be found out by your employees.

The aim of Self-Action Leadership is not to create critics, but to develop doers. It seeks to teach and train those whose desires lie not outside the stadium in the cirque du critique, but inside the arena on the platforms of performance. In the words of President Teddy Roosevelt:

“It is not the critic who counts; not the man who points out how the strong man stumbles, or where the doer of deeds could have done them better. The credit belongs to the man who is actually in the arena, whose face is marred by dust and sweat and blood; who strives valiantly; who errs, who comes short again and again, because there is no effort without error and shortcoming; but who does actually strive to do the deeds; who knows great enthusiasms, the great devotions; who spends himself in a worthy cause; who at the best knows in the end the triumph of high achievement, and who at the worst, if he fails, at least fails while daring greatly, so that his place shall never be with those cold and timid souls who neither know victory nor defeat.”

Leaders and followers both associate authenticity with sincerity, honesty, and integrity. It’s the real thing–the attribute that uniquely defines great managers! Authentic leadership is an approach to leadership that emphasizes building the leader’s legitimacy through honest relationships with followers which value their input and are built on an ethical foundation.

Developing on this quality organisations are able to approach their work in ways that express their individuality and they feel more personally invested and accountable as a result.  They experiment to see what works best, building flexible and innovative organizations.  And they examine why they do what they do and challenge assumptions.  This allows people to really get behind the boundaries that are reasonable and necessary, and creatively challenge those that have been formed by habit or tradition.  Authentic organizations generate trust and loyalty amongst stakeholders and clients.  And authentic organizations inspire productivity and resilience as workers increasingly stand behind, protect and take pride in where they work, devlopming new ways to deliver results

Authenticity is an anagram of employee engagement – It’s not really, but if you want to know what really gets people to to get involved? it’s the opportunity to do their work in their own way, to learn and grow within an organisation they believe in!